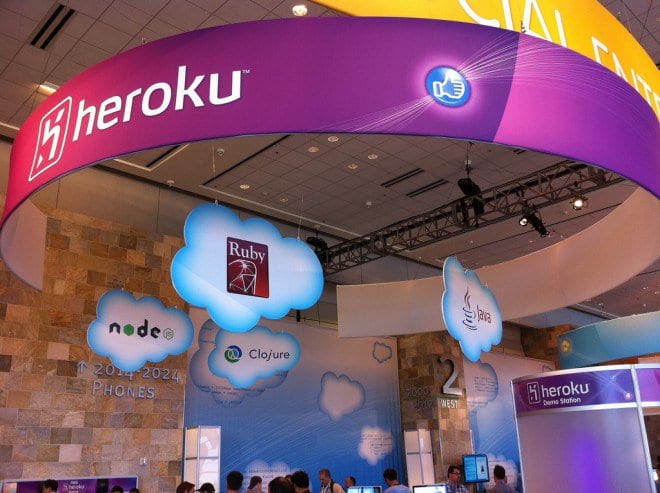 In the recent past, Salesforce has been seen to be pushing three different development platforms albeit focused on different end-users. The Force.com platform has been targeted at companies building application used by employees, while another, Heroku is aimed at external applications. In a very recent move it has now added Lightning to the mix; it is a set of tools that the company has developed for building contemporary applications. Now Salesforce has taken a vital step to converge all three development environments with the launch of the Enterprise edition of Heroku, as a component of its App Cloud, that has been labeled by the company as “a unified ecosystem of tools and services.”

Essentially this means that corporate developers can now access App Cloud and use any of the three development platforms at will. Some may question the need to have three sets of tools, but there is nothing lost by offering variety to enable app designers to select the tool they really need.

A $212 million acquisition carried out by Salesforce in 2010, Heroku is a development environment offering an open source platform as a service (PaaS). The availability of Heroku Enterprise edition of the Salesforce App Cloud enables their customers to build applications in an environment akin to a private cloud, while still getting the advantages associated with a managed public cloud. With the opening up of its platform by the company to partners, customers, and end-users so that they can build upon it, it has become even more important for Salesforce to create a secure environment for application development. The company had outlined the features of Heroku Enterprise at its September 2015 Dreamforce conference.

Among the many high-profile users of Heroku Enterprise is KLM, the prominent Dutch airlines that is using the package to build an application that provides better service to customers to enable an improved and superior experience. The implementation by KLM enabled the passengers to make their travel arrangements with lesser number of clicks and speeded up processes involving inter-department routing for service requests such as missing baggage. According to Salesforce senior vice president of App Cloud marketing, Brian Goldfarb, “KLM was searching for a platform that enabled them to put the customer at the center in real time” You can get more information on this and other customer experiences by visiting http://www.flosum.com/salesforce-data-migrator/.

The Three Main Components of Heroku Enterprise on App Cloud

Even when on a public cloud, customers are able to get a private PaaS environment to develop their apps. According to Goldfarb, “It makes it easy to connect to on-premises data in a secure way.” Heroku uses a virtual private cloud technology involving an architecture that is logically-divided and networks that are defined by software to cordon off the environment for app development. Thus, users are able to get a private and secure space even when on a cloud that’s public for development of applications.

Global or Regions by Choice

Commonly customers not only want to build apps that are secure, but would like to place them anywhere and everywhere they desire. According to Goldfarb, Heroku makes it possible to deploy it in very specific data centers anywhere in the world so that there in a reduction of latency and increase in performance levels while assisting with regulatory compliance. As of now, Salesforce supports data centers located Frankfurt, Dublin, Tokyo, Singapore, West Virginia, Oregon, and Sydney. It is becoming increasingly important for companies to be able to select the location where their data reside as it helps them negotiate better the regulatory environments that differ from country to country and enables them to make a distinction for applicability of the legal framework. Data sovereignty issues are extremely critical as customers need to know how secure their data is from investigation by regulatory authorities.

While security is vital to data management, it should never come at the cost of manageability of data. Traditionally, IT has struggled with issues such as the need to provide identity, governance and control as well as a system for integrated identity on the Salesforce platform. Now equipped with single sign-on capabilities, it’s possible to manage everything with a single set of log-ins.

Author bio: David Wicks is a senior Salesforce app developer who has accumulated a lot of experience on Salesforce data migration.