Technograte Technology, Gadgets and Business Insights
Home Technology What You Need To Know About Internet Protocol

We use it all the time yet know so little about it. Internet Protocol, or more commonly known as IP address, is now considered to be one of the world’s most widely accepted non-proprietary open system protocol suite. Internet Protocol is now being utilized to correspond to various sets of unified or interrelated networks from any part of the world. It also works exceptionally well with LAN or the Local Area Network and with WAN or a Wide Area Network communication. Internet Protocol is made up of a series of protocols and two of the most common protocols include the Transmission Control Protocol and Internet Protocol. The lower layer protocol and the general applications protocol are also included in the IP. On the other hand, terminal emulation, emails and file transfer are included in the general applications protocol. 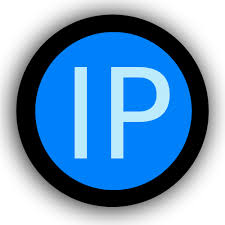 To be more specific about, IP or Internet Protocol is basically a special set of rules or simply the process of sending data from a central processing unit to a different worldwide system. Every computer which is often referred to as Host has at least one IP address. Developed in 1970, this unique system was initiated by the Defense Advanced Research Agency. The agency felt the need to set up a series of changed-over networks that would ease the process of communication amongst several computer systems. With the collective efforts of the agency and the teams who worked on the project, the year 1970 saw another life-changing milestone in the area of technology and it was when Internet Protocol was completed.

The Internet Protocol system works in a definite and precise coordination. Every time a set of data, whether it is a webpage or an email, is received or sent, the message then gets divided into mini collocates that are more popularly known as packets. Each and every one of these packets has the receiver’s and the senders Internet addresses. This packet is then transported to a specific network point which serves as the point of entry or access point of another network. This system which processes and translates the minute division of the Internet is called a gateway computer. As mentioned, it is responsible for translating targeted addresses which then directs the packets to the next gateway. The process of directing the adjacent gateway is a continuous process until such time that a gateway recognizes the packet that is within its domain. Since we have already established that each message is divided into little packets, it is then understandable that if required, each of these packets can then be sent to different places across the Internet. These packets can reach their target destinations in different ways, it is the IP that conveys each and every one of them and it is the Transmission Control Protocol which is responsible in putting them back to their original arrangement. It is also important to note that each packet is independent of each other; they are separate units and are considered to be independent data. It is only the TCP or the Transmission Control Protocol, as its name indicates, which is tasked to keep them in order by noting the sequence of each packet.

Today, it is the IPV 4 or Internet Protocol Version 4 that is most commonly used. However, we now have Version 6 which is able to provide longer addresses as compared to the earlier versions of the system. The IPV 6 has the same characteristics of version 4 only a bit better and advanced. Any packet that supports IPV 4 is also compatible with IPV 6.