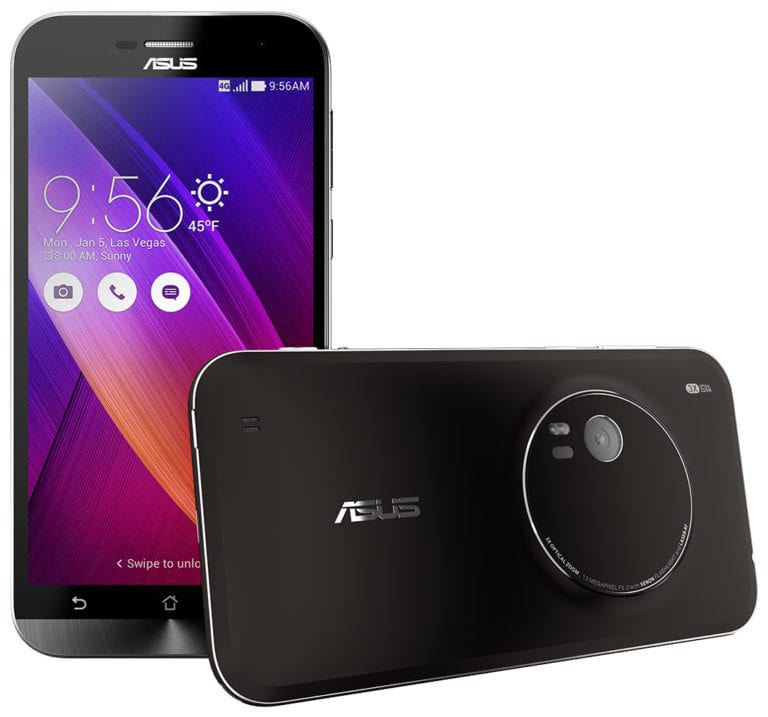 Asus ZenFone Zoom as the name itself is really self-explanatory is the latest addition to the array of high end smart phones with enviable cameras. This revolutionary phone from Asus boasts a 3X optical zoom a claims to be the thinnest phone in the market. ZenFone Zoom is equipped with a path-breaking 10- element HOYA lens arrangement which lets the camera capture crisp details. Also, you can achieve magnification up to 12 times. The latest phone from Asus operates through not the newest android operating system but Android V 5.0.

Statistically as per the market updates ZenFone is technically way superior to the other phones in the same segment particularly Samsung. The phone is still waiting for a true competitor which can overpower various attractive features provided by ZenFone Zoom ZX550.

The strongest competitor which Asus has always faced is none other than the mobile phone giant Samsung. Besides Asus, Samsung is the only brand which manufactures a cellular phone handset which sports a 13 mega pixel camera. However, Asus ZenFone scores above Samsung by literally taking out some mass from the handset. This phone from Asus weighs only 185 grams and is also the slimmest phone available today. Now that’s something people using Samsung or I phones will envy too.

The next comparison in line is Nokia Lumia 1020. Although this mobile handset brand from Finland was once leading the cellular handsets market across the globe but it lost its position with advent of modern touch screen technology. Nokia did make a somewhat respectable comeback with Lumia series and Lumia 1020 sporting a 41 mega pixel camera turns out to an excellent option for buyers looking for good camera phones.

However, Asus again scores over Nokia when it comes to digital versus optical results. ZenFone Zoom ZX550 is believed to perform with a better sensor quotient than any other phone. Also, the lens used in Lumia is a 6 element as compared to a 10 element lens used in ZenFone.

ZenFone ZX550 comes with various options for SD card slots and boasts a 5.5-inch touch screen. Asus is manufacturing this phone which is enabled with 4G LTE connectivity which makes it super functional with a 3000mAh battery. The price tag for this phone hasn’t been attached yet and mobile photography enthusiasts all across the globe are eagerly waiting for this phone to hit the market soon very soon.