There has been a lot of hype—but with Apple, when hadn’t there been any hype?—when Apple first announced that it was going to foray into the mini tablet field. It would appear that all the pomp and circumstance was worth it. Apple has recently revealed the new iPad Mini and, for a small gadget, it packs enough of a punch to make experts (whether you can call them Apple fanboys or not) take notice.

An iPad. Smaller. But just as good.

There were two distinct groups in the growing tablet market: the larger tablets like the iPad, Asus Infinitis, and the like. And then there are the smaller tablets, like the Google Nexus and the Galaxy Tablets. Of course, the latter tablet size is more affordable and therefore accessible to consumers, so they have become reasonably popular over the last year. But, as any expert knows, you have to go for one of the bigger ones if you want a real performance tablet. So far, the frontrunner for the most reliable and useful of the mini tablets is the Google Nexus, which has been received with excellent reviews.

However, Apple bridges that gap with the introduction of the iPad Mini. It is a fraction of the size of the iPad itself, and yet its performance does not seem to diminish at all. According to the people present at the recent Apple showcase, the iPad mini seems to not only be capable of doing whatever its bigger brother can do, but it does it at a smaller cost (as according to the official site, the Mini’s largest data version on WiFi and cellular is cheaper than the iPad 3’s largest data size on WiFi only.)

What can the little guy do?

To begin with, Apple fans can relax—there won’t be any kind of developer learning curve going on in terms of apps. The iPad Mini retains the very same resolution as its big brother iPad, so any iPad apps, like games (Angry Birds, Temple Run, etc.), utilities (Calendar, Camera, Calculator, etc.) or business (Google Analytics HD, Dropbox Mobile App, RingCentral iPhone App, etc.), that you might download from the App store will function smoothly in the smaller pad. Speaking of smoothly, people who have managed to get their hands on the iPad Mini laud the smoothness of use that everyone had become so accustomed to when it comes to Apple products.

The Mini comes equipped with a 5MP camera as well as as a Facetime HD frontfacing camera for truly clear and reliable photos and video streaming. Coupled with the WiFi and cellular connectivity, the Facetime on the Mini should go just as smoothly as it does with the new iPad.

The mini runs a Dual Core A5 chip along with a Lightning Dock referred to in the last Apple showcase as one of the new features in the iPhone and the new iPad. This means that the Mini has just as much speed in terms of data transfer as the larger pad. With 10 hours of battery life, however, it might not last quite as long as big brother can. But that is more than enough to satisfy the average consumer and prove its capabilities.

Applications That Every Business Owner Would Need 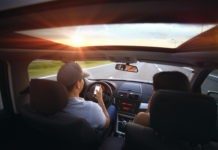 10 of the Most Important Car Accessories for Your Family Car 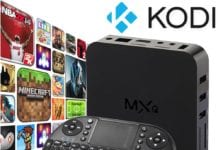 Everything You Should Know Before Buying Your First Kodi Box

What you need to know about Augmented reality and Virtual reality

A true contender in the android world – ASUS Zoom ZX550

This site uses Akismet to reduce spam. Learn how your comment data is processed.

What Gadgets Will Set The Standards In 2013?

YouTube Minute and its importance in the internet of things